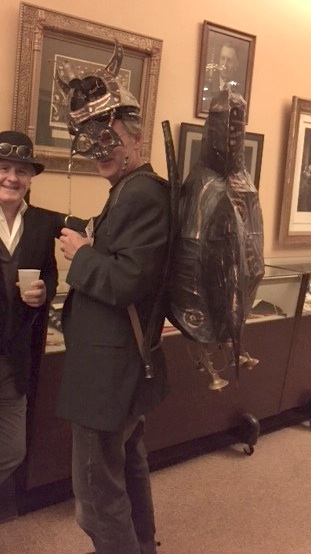 Bill Reid was honored with second prize at the Racine Art Museum’s Steampunk Style RAMasquerade party on October 17. His mechanical mask attached to a horned helmut was drawn with a watch fob pull string. His jet pack was made of papier mache with a manta ray motif complete with brass candelabra jets. Authorities noted they would have given him first prize, except they feel he has a leg up on the competition because he is a master at making things. 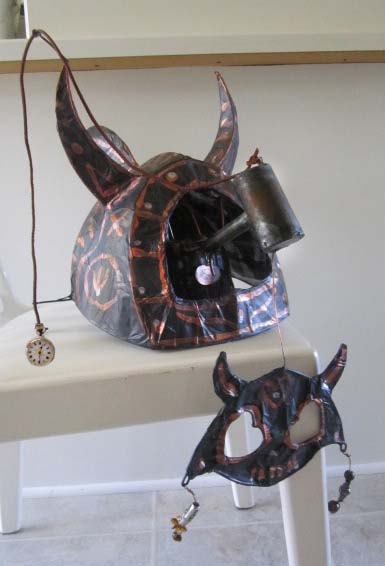 The view from Wind Point

unicorn as corrected by ELAB- the English language adjustment bureau

Porcupine Pining on a Pine Cone

Thin Hare of the thin air

66 beeutifull inches tall, a steel jellyfish for your perusal. 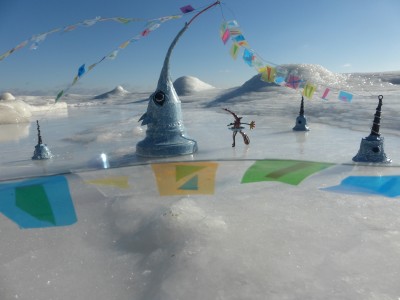 Da Bee was in Tibetanteater 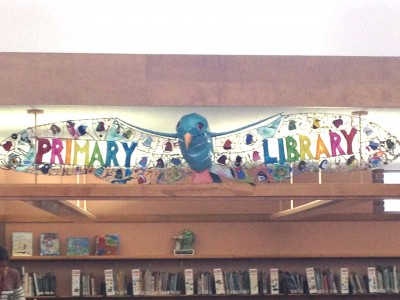 Working with students from the Prairie School in Racine, Bill Reid created a fantastic new sign for their library…. 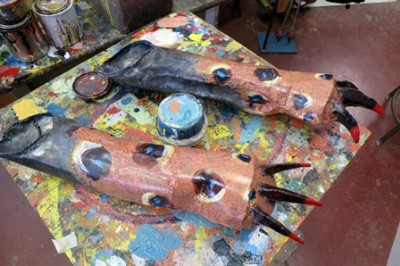 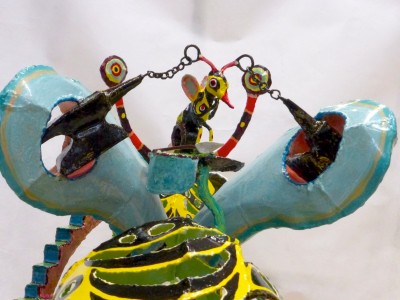 The Weight is Over

For many, many months now, Bill Reid has been working hard to create an impressive body of works for… 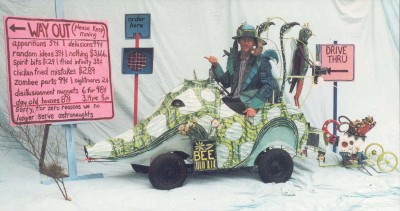 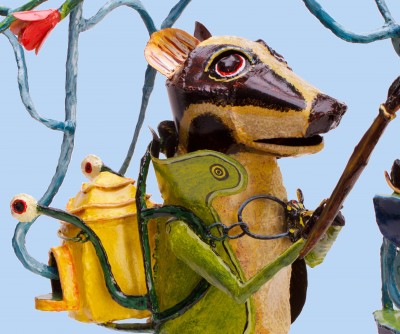 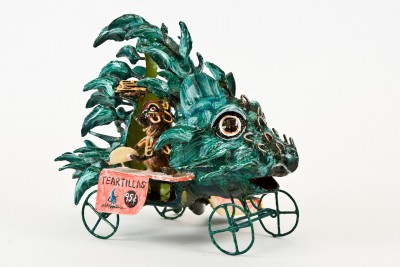 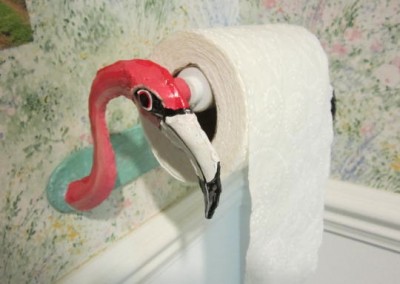 Enjoy the GO with Pink FlaminGOs in your bathroom. Fun and Functional! 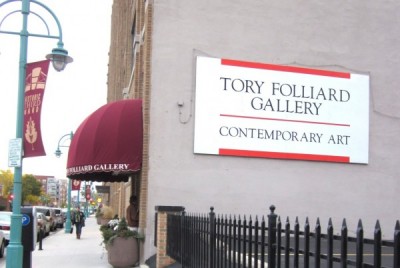 Bill Reid will be one of 39 incredible artists on display at the Tory Folliard Gallery, Milwaukee’s premiere gallery… 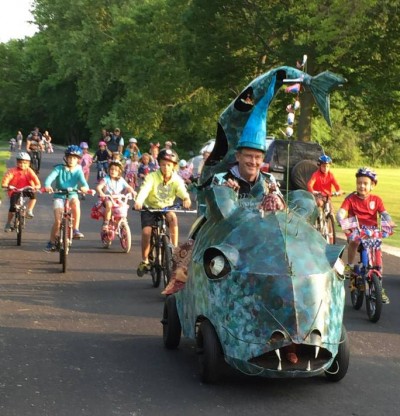 Bill Reid was once again the Grand Marshall for the neighborhood 4th of July Bike Parade. This year he… 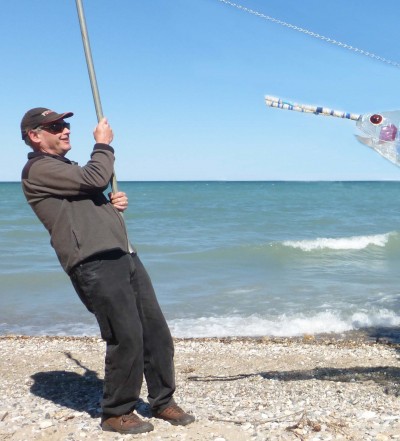 Catch of the Day!

The artist pulled in a Glass Catfish from the great lake Michigan today! According to the BNR, these rare… 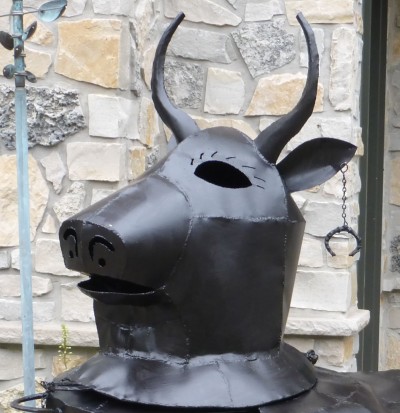 The Barbecow has met its mate! The Barbeque Bull’s head lifts to reveal a circular charcoal grill. Watch smoke emit… 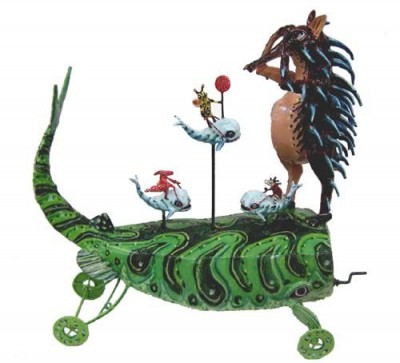 Opening June 12 at the ArtStart Culture and Community Center in Rhinelander, Wisconsin, home of the mysterious hodag, is…

It is that time of year again…Time for the Monument Square Art Fair! This is the ONLY art fair…

The Miller Art Museum in Sturgeon Bay, Wisconsin, opens its 17th annual Wildlife Biennial on May 30–featuring a very… 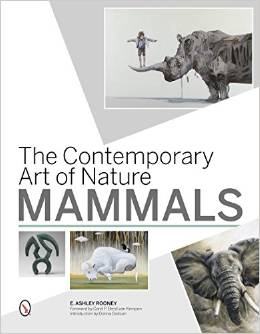 The Contemporary Art of Nature: Mammals  by E. Ashley Rooney, published by Schiffer and featuring Bill Reid!! This stunning, 200-page… 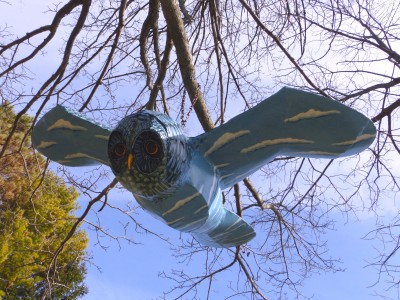 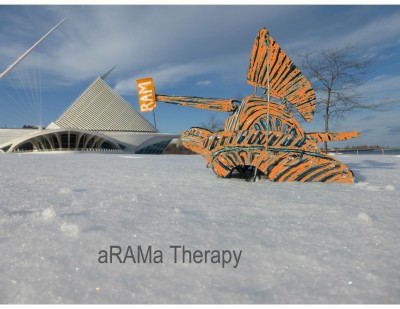 The Calatravesty by Bill Reid. THE BEST 10-SECOND MOVIE you’ve ever seen!!! Happy Easter!! Click here to watch the… 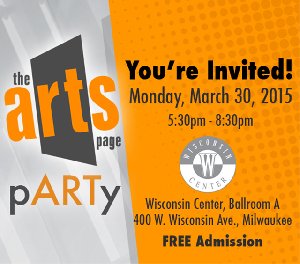 Bill will be a featured artist at The Arts Page pARTy on Monday, March 30th at Milwaukee’s Convention Center…. 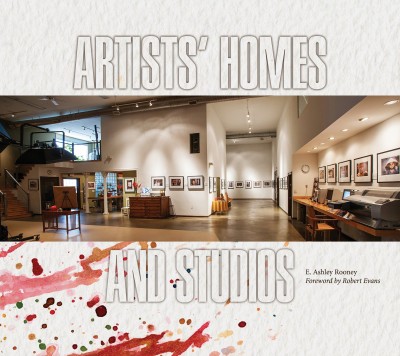 The Bee’s home and studio are featured on page 182 in this new coffee table book by Schiffer Publishing. 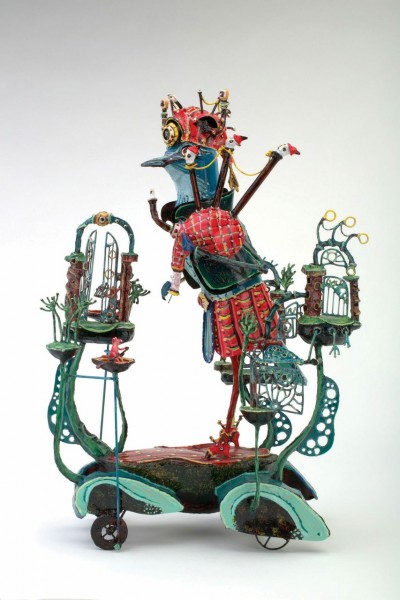 Bill Reid is part of a unique group exhibition at the Racine Art Museum now through May 7, 2015…. 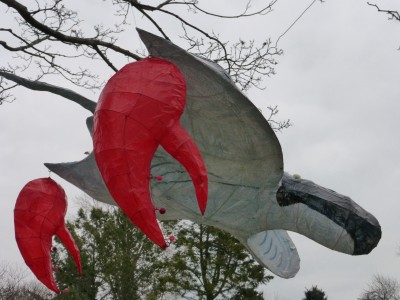 Manta Claws! Manta Claws! He is real! On December 24, because Nicole was such a good girl all year… 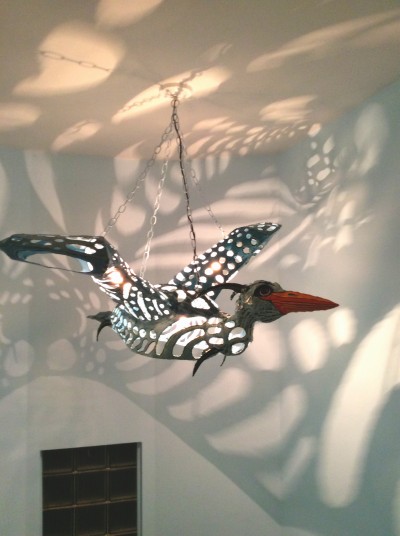 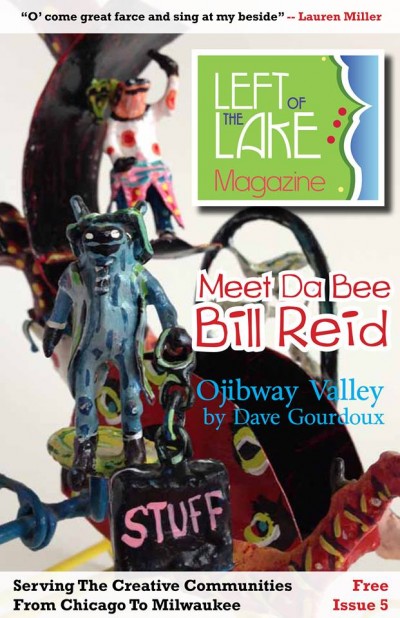 Left of the Lake 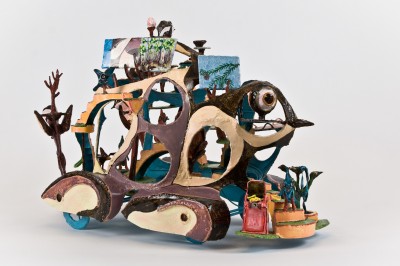 Reid is honored to be featured in this incredible exhibition at the Racine Art Museum: Once Upon a Time:… 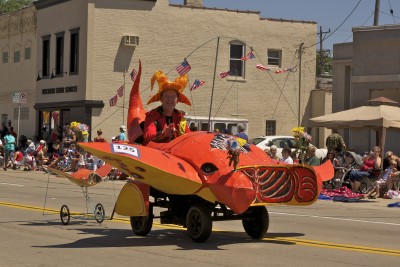 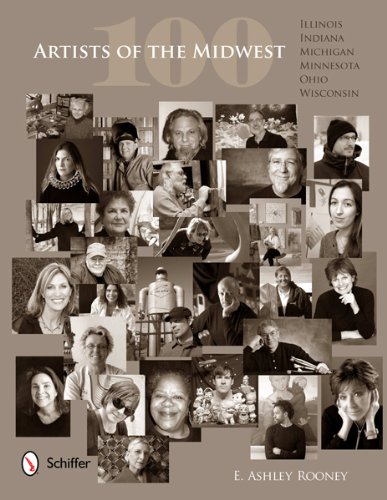 Reid is featured in this stunning coffee table book from Schiffer Publishers.